Shadwick’s Custom Jewellery Designers in Perth for Over 60 Years

Daniel Shadwick spearheads Shadwick’s Fine Jewellery with one goal in mind; to offer the widest and most beautiful range of Custom Made women’s engagement rings and wedding rings as well as men’s wedding rings in Perth.

With over 28 years’ experience as a jeweller, Daniel is well-known as one of the best engagement and wedding ring designers in the country. Our design consultations are complimentary, and we welcome you to make an appointment.

Call us on (08) 9221 1790 and make an appointment to see one of the specialists and discuss your design ideas, or visit us at our Perth store.

For more information about this location, please click here for custom made rings in Perth: Shadwick’s Fine Jewellery, make your own fairy-tale come true. 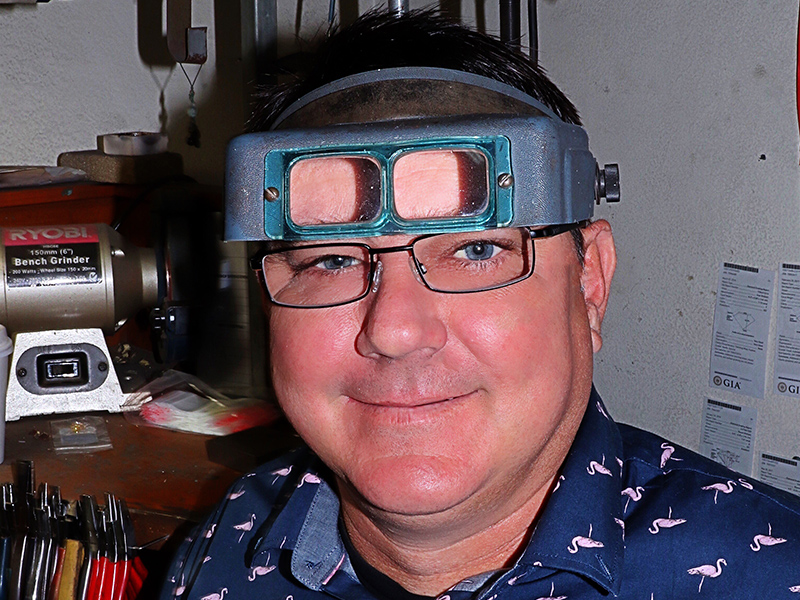 Dan Shadwick
Owner/Director
Born in Western Australia, and been in the trade since the age of 17. Dan did his training and apprenticeship… 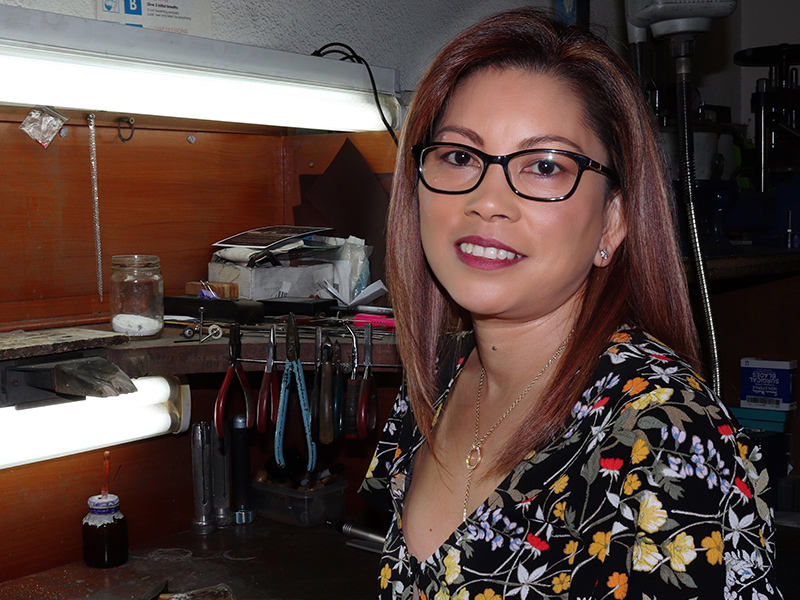 Geri Shadwick
Owner/Director
Born in Manila, and migrated to New Zealand in 1986 at the age of 13. Move to Australia in 1994…

Michael Griffiths
Jeweller
Born in Western Australia, been in the trade since the age of 16. Started trade at Coronet Jewellers Perth under…

His first job was at Wensley’s Goldsmith of Fremantle under Bob Shadwick, and throughout his apprenticeships and training he wa a multiple award winning jeweller.

Once Dan finished his apprenticeship and training, he adventured on to working in Kununurra and then came back to Perth and worked at Brinkhaus Jewellers in Claremont.

In 2001 Dan set a new goal and decided to open up his own workshop in London Court, Perth, and has been working in the premises since.

Favourite gem stone: Diamonds because they are a girls best friend.

Favourite tool: My hammer, it was my grandfather so its sentimental.

Best part of the job: Starting with square bar of metal and then turning it into someone’s dream piece of jewellery.

Worst part of the job: When people lick their fingers to take off a ring and then expect you to hold out your hand to receive it with a smile on your face.

Best tip from a jeweller: There is no such thing as can’t, so my father said.

Best tip to a jeweller: There is no such thing as can’t.

Love jewellery because: How many people can say their job is a hobby?

My bench is always: Immaculately organised, because it makes it easier to find stones when they flick.

Been in the trade since 2002. Married to Dan Shadwick who has been my mentor ever since I started. I started with no knowledge on how to make or repair jewellery.

My role in the company is an all rounder. A jeweller, payroll, accounts, book keeping, I call myself a Jobber.

Best part of my job: I get to work with 2 amazing jewellers and the challenge.

Worst part of my job: When you get an earrings and rings that is so clog up with skin particles and dirt.

I love making jewellery because at the end of it all you know your making someone happy.

My bench is alway messy and my face is always black due to constant polishing. I have the messiest bench in the workshop.

Born in Western Australia, been in the trade since the age of 16.

My favourite gemstone: Tourmaline when its cut right its a beautiful gem.

My favourite tool: My starrett divider because i use them all the time and because Dan wants a pair.

Best part of the job: The challenge

Worst part of the job: Filthy jewellery and nose studs.

Best tip from a jeweller: Don’t say your good, let others tell you that your good.

Best tip to a jeweller: There’s no such thing as you can’t.

I love jewellery because: I don’t … just like making it.

My bench is always being worked on.